Gary began his musical career in the early 80’s, playing bass for a band influenced by the UK mod revival scene. Gaining respect for his playing and creative input in various other bands, by 1994 he had come to the attention of Mark Burgess, formerly of post-punk band The Chameleons. Gary was subsequently recruited for the UK tour of Mark’s first solo album, ‘Paradyning’.

Spending time in recording studios as a musician led to a growing interest in sound engineering and production and by 2000 he had built his first project studio and taken the bold decision to turn a passion into a career. In 2004, after reconnecting with fellow musician Tim Thomas, Gary was asked to join the team at the soon to be opened Blueprint Studios, where he remains to this day.

Over the years Gary has engineered and produced records for The Family Silver (Steve White, Damon Minchella, Matt Deighton), Tom Hingley (Inspiral Carpets) and Argh Kid, with recent projects including The Distractions and Izzi Steele. He has engineered sessions for One Republic, Hot Chip, Jessie J, Emeli Sande, Bugsy Malone and has an assistant engineer credit for 50 Cent and Justin Timberlake’s top ten single ‘Ayo Technology’.

With years of experience working as a musician, Gary effortlessly translates artists songs and ideas onto record, capturing accurate representations of their sound and always keen to offer production ideas

Electric Blend remains one of my favourite projects I’ve ever recorded. From the performances Gary helped draw out of us, to the sound he captured and his beautiful mixes. For geographical reasons, I don’t get to work at Blueprint as much as I’d like, but Gary will always be up there as one my favourite go-to engineers and producers.

I’ve worked with Gary for about 4 years across several projects. He has an insane ability as a producer and always manages to take my basic ideas, flesh them out, bring his own magic to the studio and create something special each time. He’s an extraordinary talent and it’s always a pleasure to work with him and the rest of the Blueprint Family. 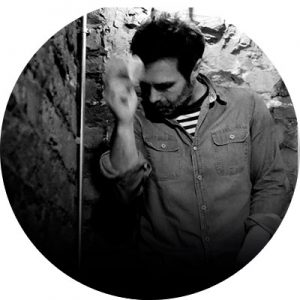 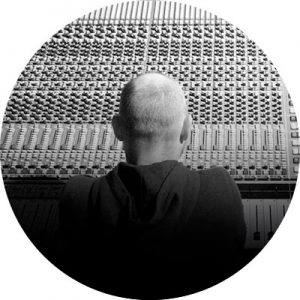 READ PROFILE
We use cookies on our website to give you the most relevant experience by remembering your preferences and repeat visits. By clicking “Accept All”, you consent to the use of ALL the cookies. However, you may visit "Cookie Settings" to provide a controlled consent.
Cookie SettingsAccept All
Manage consent

This website uses cookies to improve your experience while you navigate through the website. Out of these, the cookies that are categorized as necessary are stored on your browser as they are essential for the working of basic functionalities of the website. We also use third-party cookies that help us analyze and understand how you use this website. These cookies will be stored in your browser only with your consent. You also have the option to opt-out of these cookies. But opting out of some of these cookies may affect your browsing experience.
Necessary Always Enabled
Necessary cookies are absolutely essential for the website to function properly. These cookies ensure basic functionalities and security features of the website, anonymously.
Functional
Functional cookies help to perform certain functionalities like sharing the content of the website on social media platforms, collect feedbacks, and other third-party features.
Performance
Performance cookies are used to understand and analyze the key performance indexes of the website which helps in delivering a better user experience for the visitors.
Analytics
Analytical cookies are used to understand how visitors interact with the website. These cookies help provide information on metrics the number of visitors, bounce rate, traffic source, etc.
Advertisement
Advertisement cookies are used to provide visitors with relevant ads and marketing campaigns. These cookies track visitors across websites and collect information to provide customized ads.
Others
Other uncategorized cookies are those that are being analyzed and have not been classified into a category as yet.
SAVE & ACCEPT